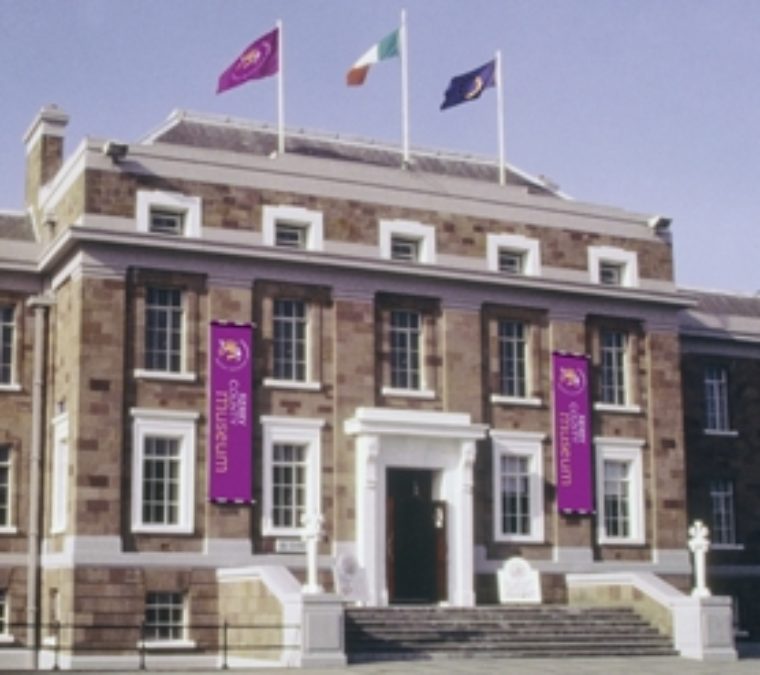 Kerry County Museum is a museum located in Tralee, County Kerry in Ireland. The museum is based in the Ashe Memorial Hall in the centre of Tralee. The aim of the museum is to collect, record, preserve and display the material heritage of Co. Kerry. Under the National Monuments Act (1994) and the National Cultural Institutions Act (1997), it is a designated repository for archaeological artefacts in Co. Kerry.

Kerry County Museum was developed as an initiative of Tralee Urban District Council in two phases between 1991 and 1992. The Medieval Experience was opened in 1991 in the lower ground floor of the Ashe Memorial Hall, taking visitors through the recreated medieval town, with the sights, sounds and smells. In 1992 the main gallery of the Museum was opened, displaying the archaeology and history of the county. Thereafter, a temporary exhibition space was added, allowing for the development of major exhibitions. Today, the whole facility comprises 1,750 square metres, which includes the exhibition galleries, reception, collections store, and education room.

The collection contains artefacts from throughout the history of Kerry including sunflower pins worn from the Bronze Age, and duelling pistols used by the Liberator, Daniel O'Connell, in the early nineteenth century. It also incorporates 'Kerry: The Kingdom' and an exhibit which depicts life in medieval Geraldine (from the FitzGerald family) Tralee in 1450.