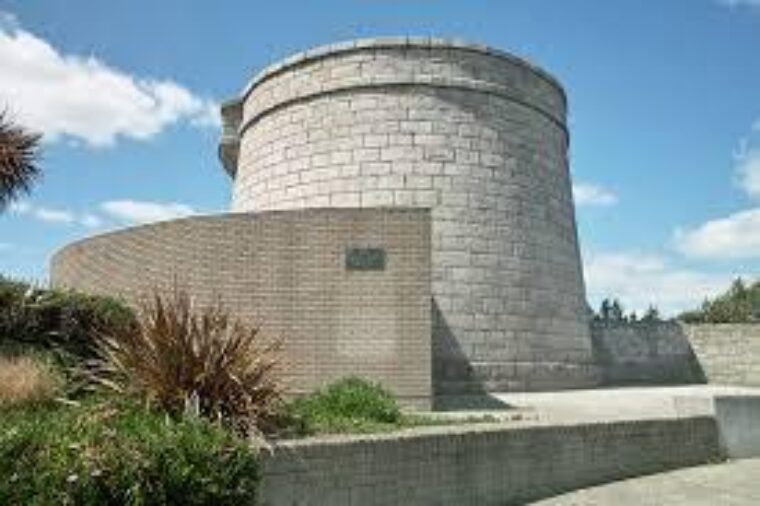 Whether you are a Joycean scholar, a history buff, a curious tourist, or an interested local, the James Joyce Tower & Museum is a place of immense interest.

The tower itself is a great example of a network of Martello towers built by the British along the coast of Dublin in the early 19th century to defend against the threat of a Napoleonic invasion. It is also the setting in which the opening of James Joyce’s masterpiece Ulysses is set, and proudly houses the James Joyce Museum, which boasts a unique and wonderful collection of Joycean memorabilia.

Opening in 1962, the James Joyce Museum evokes many stories from its literary past (Joyce, St John Gogarty etc), from its construction (as a part of a military defence system) and from its association with the architect, Michael Scott. Over the years, the museum collection has greatly expanded thanks to the kind generosity of many donors and, in 1978, an exhibition hall was added to the building and a new entrance installed at ground level.

The James Joyce Tower & Museum is currently operated by local volunteers and caters for individual visitors, for tour groups and for school trips.