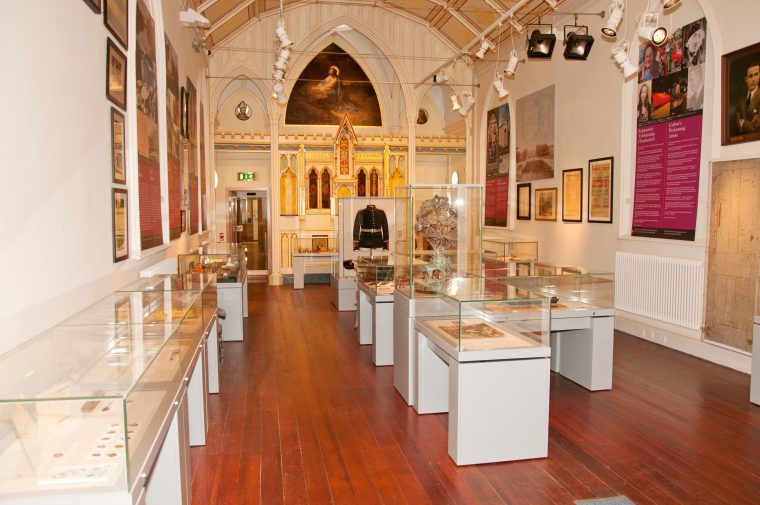 Carlow County Museum is operated by Carlow Town Council and Carlow County Council in association with the Carlow Historical & Archaeological Society. The museum openend in new premises on 5 April 2012 after major renovations.The museum gives a snapshot of the history and heritage of the county. It contains a 19th century hand carved pulpit from Carlow Cathedral, which was included in the Irish Times newspaper list ‘A History of Ireland in 100 Objects’. Also on view is the original gallows trapdoor from the Carlow Gaol; the smoking pipe of Captain Myles Keogh, killed at the Battle of Little Big Horn; and displays on 19th century scientist John Tyndall who was the first man to discover the greenhouse effect. In 2016, Carlow County Museum unveiled the ‘Carlow 1916 Commemorative Stained Glass Panel by Peadar Lamb’, which depicts a Carlow narrative on the 1916 Rising, featuring some of the key Carlow figures and the role they played in 1916.