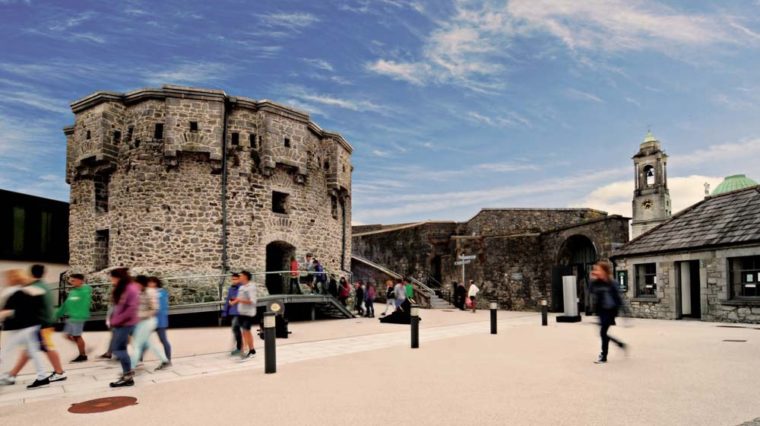 Athlone Castle was first built to defend the crossing point on the River Shannon and evolved into a bold defensive structure over the centuries. Elements of the original castle can still be seen today.

They tell the story of settlement in this part of Ireland’s Ancient East, from the Neolithic period through Viking, and Medieval ages to modern life in Athlone.

The eight exhibition spaces pursue both a chronological and thematic sequence, telling you the history of Athlone Castle through a series of modern exhibitions, authentic museum artefacts, interactive games and an intense 360º cinematic experience of the Great Siege of Athlone.