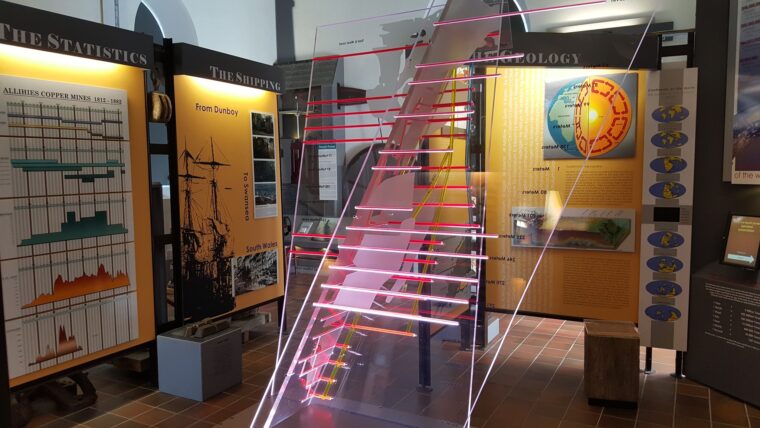 In 1812, life in Allihies changed utterly when a rich copper deposit was discovered in the area and the biggest copper mining enterprise in Ireland was established by the Puxley family which saw the Industrial Revolution spread it’s tentacles to this most remote corner of Ireland.

The objective of the Allihies Copper Mine Museum is to recognise, research, preserve and celebrate the rich mining heritage of Allihies. The museum achieves this through the display of artefacts, the use of photographs, illustrations, original drawings and documents, diagrams and maps, as well as a number of key large-scale models together with text panels.

The core aspect of ACMM is the story of 19th and 20th century copper mining at Allihies. The major emphasis is on the extensive 19th century workings of the mines from its discovery in 1812 through its continuous working until 1885. Subsequent working of the mine in the 1920s is also covered as well as the later opening of the mines in 1960s for exploratory work.

The three surviving engine houses and other mine buildings are key “off site” exhibits of the museum. A mining trail has been developed and an information map published. The ultimate aim of the museum is the development of an underground experience in one of the main mine adits.