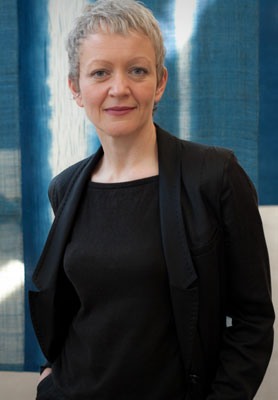 The 2013 Annual James White Lecture 'A place where good, odd things happen' was given by Dr Maria Balshaw, Director of the Whitworth Gallery and of Manchester City Galleries at the National Gallery of Ireland.

The lecture was launched by Sarah Glennie, Director, Irish Museum of Modern Art.

Dr Maria Balshaw has been Director of the Whitworth Art Gallery since June 2006. She has coordinated a challenging programme of historic, modern and contemporary exhibitions that capitalise on the Whitworth’s centre city university location as well as having a strong international profile. In 2011 she took on the role of Director of Manchester City Galleries alongside her duties at the Whitworth. This dual directorship represents a unique partnership between the University of Manchester and Manchester City Council, bringing the two institutions and Manchester’s historic and modern art collections into complementary alliance for the first time in their history. Her early career experience included working as Director of Development and External Relations at Arts Council: West Midlands and from 2002 – 2005 she was Director of Creative Partnerships: Birmingham. In 2004, Maria was selected as one of the inaugural Fellows for the Clore Cultural Leadership programme. Before moving into the cultural sector Maria worked as Research Fellow in Urban Culture at the University of Birmingham and as lecturer in Cultural Studies at University College Northampton. She published a number of books and essays on African-American urban culture, gender and visuality.