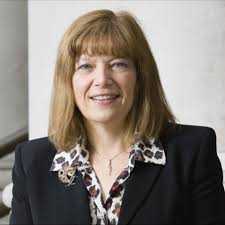 The centenary of the First World War has deep meaning and significance for the Imperial War Museums, founded in 1917 while the war was still being fought. The IWM collections started with the generosity of those who donated their precious personal possessions - letters, diaries, moments, photographs - entrusting them to the museum in the hope that such modest yet unique items would engage future generations with the Great War. As this excerpt of the IWM founding statement illustrates, the founders were determined to collect material that could illustrate the common experience of war:

"It is hoped to make it so complete that every individual, man or woman, soldier, sailor, airman or civilian who contributed, however obscurely, to the final result may be able to find in these galleries, an example or illustration of the sacrifice he made or the work he did, and in the archives some record of it." Sir Alfred Mond's Statement of Purpose on the opening of the Imperial War Museum at the Crystal Palace, 9 June 1920

Director-General of the Imperial War Museums, Diane Lees, shared her insight into how IWM went about fulfilling the mission and ambitions of their founding principles, through the establishment of IWM's First World War Centenary Partnership in 2010; and the opening of new, permanent First World War Galleries in mid-2014. Diane talked about the work of their global partnership network - with a particular focus on the lessons learnt from working closely with our partners in Ireland this year.

She also shared thinking around the general approach taken in developing the new First World War Galleries, as well as some of the decisions taken to present the narrative in a fresh and novel way. IWM are marking this momentous anniversary in a digital age and Diane's talk touched on some innovative digital projects embarked on, such as IWM's Lives of the First World War. Diane finished her talk by reflecting on the legacy of the First World War Centenary Programme and the importance of keeping up the momentum of joint advocacy, and the valuable lessons that museums and cultural organisations have shared with each other through the Centenary Partnership network.