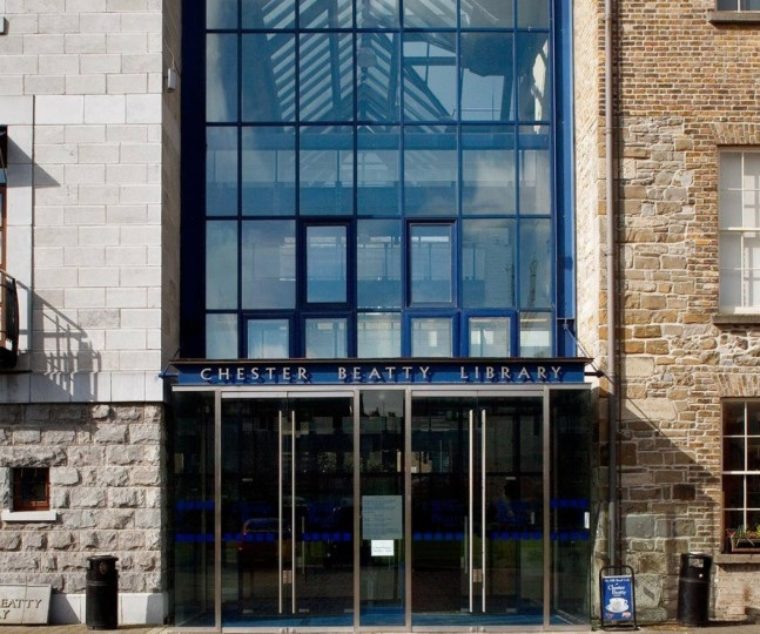 The Chester Beatty Library is an art museum and library that houses the great collection of manuscripts, miniature paintings, prints, drawings, rare books and some decorative arts assembled by Sir Alfred Chester Beatty (1875-1968). The Library's exhibitions open a window on the artistic treasures of the great cultures and religions across Asia, the Middle East, North Africa and Europe . Chester Beatty Library was named Irish Museum of the year in 2000 and was awarded the title European Museum of the Year in 2002. Egyptian papyrus texts, beautifully illuminated copies of the Qur'an, the Bible, European medieval and renaissance manuscripts are among the highlights of the collection. In its diversity, the collection captures much of the richness of human creative expression from about 2700 BC to the present day.